Editor’s Note: We have written time and again about local restaurants and businesses which have started up in Shreveport and northwest Louisiana. As a local magazine, we love local because local business, local art, and local culture are the source of our identity as community. The reasons not to open a small business in a city that’s losing population and struggling economically are numerous, but those who are intrepid, nay crazy, enough to do it deserve our attention. Make an effort to support local businesses, especially quality local businesses. They retain more money in our economy than chains and are the spirit that help shape our identity, and, in this case, keep our bellies full.

The ‘Ono We’ve Been Waiting For

Founded as a food truck in 2016, Ono’s became a sensation almost overnight, finding a home at the Shreveport Farmers’ Market, Great Raft Brewing, festivals, and recently becoming a lunchtime staple in the parking lot of Drug Emporium on E. Kings Highway. Sione says that their decision to expand to a brick-and-mortar site was born out of necessity, rather than out of wishful thinking. He pinpoints early 2018 as the business’s turning point. Not only did they need more space to accommodate demand, but, “The food truck just broke down one too many times!”

Ono’s soon-to-be home at 4015 Fern Avenue just across the street from Ki’ Mexico, has been vacant since El Chico shut its doors in 2013. Locals will tell you that visits to El Chico were a tradition for many Shreveporters, myself included, and Ono’s aims to become an institution in its own right.

I got a sneak peak of the transformed space in the first week of February and, even in its not-quite-completed state, the atmosphere of the restaurant radiates from the walls themselves. It is physically spacious, but unquestionably cozy. Sione likens his hopes for the restaurant’s feel to a cousin’s house:

Their initial hope was to open the physical location last fall, but the old building needed more structural work than anticipated. The Ono’s team wound up gutting the place — replacing all of the pipes, the HVAC, the roof, and more. Their decision was driven by a decision to take the time to do it right the first time rather than rush to open in a less-than-perfect state. “There won’t be a grand opening until the kitchen and bar are perfect,” Sione explains.

From Musician to Restaurateur

Despite having a promising future, Ono’s journey from one man’s “crazy” idea to permanent restaurant location with a community to support it has been anything but smooth. As is the case for many entrepreneurs, Sione’s path to earning a living from his passion wasn’t linear. He was born in Honolulu, Hawaii in 1984, but grew up in Tonga (some 3,000 miles southwest of Hawaii near Fiji) and then returned home to go to high school on Oahu, Hawaii. After graduating, he moved from Hawaii to West Virginia to try his hand at making a living as a musician (yes, that’s a real link to his work). Music would take him to Las Vegas but fate would take him down a different road.

By this time, Sione had met and become engaged to his now-wife, Holly, and they decided to move to Shreveport to be closer to Winfield where Holly grew up. Following the move, Sione worked as a carpenter, bartender, server, and actor (including a role as a sniper in Olympus Has Fallen) all the while cooking from home for family and friends.

Sione’s incredible cuisine couldn’t be found anyplace else in the Shreveport-Bossier area. When asked about the inspiration behind his food’s flavors, which include everything from traditional Hawaiian Samin, poke, and loco moco, to fried rices, Katsu, and savory teriyaki sauces, he points to Hawaii’s history. The island state is truly a melting pot of people — Portuguese, Filipino, Chinese, Korean, Japanese and many more. As a result, the food of Hawaii, too, is fabulous blend of flavors and influences, all on one plate. Fitting, as the word “‘ono” in Hawaiian means “delicious”.

“While I was here, I was missing Hawaiian food, so I just started cooking it, and my neighbors, and family and friends would talk about how it’s really good. And I just decided one day that I was going to open up a food truck… I went for it, and I decided I was going to stick with it ‘til I make it work, basically.”

An online listing took Sione to Arkansas to buy a food truck. He picked it up, decided that, aside from the red color, it was pretty ok, and began the descent back to Shreveport. The truck broke down en route, and he wondered, “Is this a sign? Like, maybe this isn’t supposed to work out.” It was in this moment that Sione told himself, “I’m gonna get through this… I’m not going to let this chance event determine whether I fail or succeed.” And that’s the attitude he’s moved Ono’s forward with ever since. Things go wrong, but it’s how Sione chooses to address whatever obstacles crop up that has determined his success.

As Ono’s has continued to grow, the number of staff has also increased. Eleven people now constitute the core staff, primarily made up of family and friends –many of whom have moved from Hawaii to Shreveport to make Ono’s a success. Seem a little crazy? Yeah. But after meeting Sione, it makes sense. He draws you in, makes you feel that you matter, and makes you believe that his successes — Ono’s successes — are your successes too. After just 30 minutes meeting with Sione, I can see why people moved halfway around the world to join the Ono’s family.

Sione thanks Red River Bank and his brother for providing the financial backing; Holly Maumalanga for her design expertise and work in creating Ono’s cohesive brand; and Shane Rogers of Shane’s Seafood for his support, guidance, and friendship. “More than anything,” he insists, “It was a team effort.”

With a business and two adorable kids, aged four and six, the Maumalangas are here to stay. “We’re so thankful for the Shreveport-Bossier community. They’ve welcomed us with open arms… In Hawaii, [community] that’s what it’s about. It’s just welcoming. Just come eat.” Ono’s Hawaiian Grill plans to open this spring. 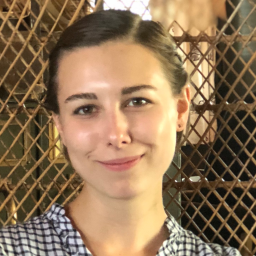