Schoolhouse Rock taught most of us about 90% of everything we know about the government. We may have mastered “separation of powers” and “checks and balances” in the seventh grade, but you probably know a lot less about how the government in Shreveport works. It’s likely that whoever taught you civics didn’t go into detail about how Shreveport is organized or run. What does a mayor do? A council member? Where does the Caddo Commission fit in? Who’s in charge of what departments? It’s enough to confuse the mess out of anyone.

Seeing as 2018 is an election year, we could all use a refresher course on how our city operates. So this will be the first in a series of articles that will go over the important positions in our city – from mayor and chief administrative officer to city council and department heads. That way, when you head to the polls you’ll know just what job it is you’re voting for. First on the list is the position of mayor.

Ok, first thing’s first – not every city has the same form of local government. In different cities and states, mayors are given different powers based on the state laws and the City Charter. A City Charter is like a constitution for a city. It outlines the city leaders’ responsibilities and powers. It determines how laws are created and enforced, and the Charter is amended by the council with laws by which residents, businesses, and governing bodies must abide. Shreveport’s style of government, as is written in our latest City Charter of 1978 (read it here), is called a mayor-council system. This type of system is composed of:

1) A city council comprised of members elected from districts within the city;

2) A mayor who is elected-at-large from the whole population.

If we compared it to the federal government, the council is essentially the legislative branch (Congress) and the mayor is the executive branch (President). The city charter puts it like this:

All executive and administrative powers under this Charter shall vest in and be exercised by the mayor, except as may be otherwise specifically provided in this Charter. In the exercise of such authority, the mayor shall be responsible for the conduct of the executive branch of the city government and shall administer all offices, departments, boards, commissions and agencies thereof.
– Shreveport City Charter of 1978 Section 5.02.

The Mayor Oversees the City Departments

These powers are rather broad. The mayor is in charge of all city departments. It is the mayor’s job to use these departments to make sure that all of the laws and ordinances of the municipality are enforced and that quality of life is achieved and maintained. The departments prioritize certain city projects and implement certain ideas at the instruction of the mayor. In order to do this, the mayor is allowed to appoint the heads of departments, such as police, fire, waste management, engineering, and others.
Additionally, the mayor appoints someone to the positions of: chief administrative officer (“CAO”), city attorney, and others in accordance with Article 14 of the Shreveport City Charter. These individuals, in turn, manage their various departments making sure city services run smoothly. This is what the organizational chart looks like (click to enlarge): The Mayor Writes the City Budget

In order for departments to do their job as determined by the mayor, the mayor must execute what is arguably one of their most essential duties each year – writing the budget for the City. The operating budget for the City of Shreveport is the appropriation of monies dedicated to the operation of departments. It is from this budget that city employees are paid and city services (police, fire, administrative, water and sewage, parks and recreation, property standards, the airport, etc) are provided. The mayor, with the help of the CAO and director of finance, prepare the budget and present it to the City Council for approval.

Currently, the City of Shreveport employs some 2,700 people, in 14 departments. These salaries, along with the money needed to provide their department’s services, are paid for out of a combination of the General Fund and various other funds (enterprise, debt service, special revenue, etc. – we’ll go over it in another article). With all the departments and other budgets, the total city budget amounts to nearly $500 million, about $220 million is the General Fund. The General Fund is the principal fund for the City which covers all of the City’s normal recurring expenses in all departments.

The Council Passes Legislation, the Mayor Signs Bills into Law

This is a fairly typical power given to the head of an executive office. However, Shreveport’s mayor has a bit more veto power than some other executives. According to the Charter, the mayor has the authority to veto specific items in ordinances. This power is known as the “line-item veto” or “partial veto”. This is powerful because it doesn’t require a veto of the entire bill – only the portion of the ordinance with which the mayor disagrees. Most state governors have this power, but the U.S. Supreme Court ruled that the use of line-item veto power by the President is unconstitutional. See Clinton v. City of New York, 524 U.S. 417 (1998).

The Mayor Appoints Members to Boards and Commissions

In addition to control of departments, budgets, and signing of legislation, the mayor of Shreveport also has the power to appoint individuals to sit on various boards and commissions affecting the City, Parish, and metro area. These boards and commissions have varying public policy purposes and authorities. Some examples are:

There are 21 boards or commissions in all (the Caddo Commission is NOT one of them, those people are elected). You can find the comprehensive list of boards here. These bodies are sometimes the most common way residents interact with the government. Boards and commissions have authority over a wide range of public policy and are supposed to consist of leaders in the community that have experience specific to needs for that board. You probably know someone who serves in such a capacity. These boards and commissions have significant power and influence over many different aspects of our life, and in many cases our mayor appoints these members. Beyond the duties outlined in the City Charter, the mayor also plays an important role as the most visible individual in the community. The mayor is often synonymous with the City itself – especially in the eyes of outsiders. In this role, the mayor plays a huge part as the City’s “brand ambassador,” working with various parish, regional, and state entities to promote the growth of Shreveport’s commerce, tourism, and culture. A mayor who does these things requires a certain “X factor” – a personality that reflects the hopes and dreams of the city and the practical way we aim to accomplish our goals. The mayor should be someone citizens can rally around, who can help shape the city’s identity, beat a path to our desired future, and influence how we are seen by others in the state, region, nation, and across the world.

How We Decide Who Should Be Mayor

A great mayor will cultivate our city as fertile ground for prosperity using the tools of departments, budgets, city council, boards and commissions, and their role as Shreveport’s ambassador to the world. These efforts should allow us to see a return on our investment of public dollars into essential services (like water), protection (police and fire), quality of life (parks and recreation or providing funding community organizations), and commerce. A thriving city has all of these things – and a leader who knows when to step in and when to be “laissez faire” (hands off).

Shreveport will have an election for mayor and all city council seats in November of 2018. The next time you go to choose a candidate for this role, make sure you understand how they plan to utilize the powers of this position. The citizens are responsible for picking a leader to do these things responsibly and effectively. If we choose wrong, we will end up complaining – as we love to do – about why it’s so difficult to do great things in the city. We have the power to choose a worthy individual to serve as the custodian of Shreveport’s present and future. 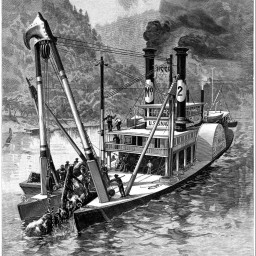