Now that it is in local hands, advocates are calling on governments in Caddo Parish to limit a nearly 90-year-old tax exemption program which cost hundreds of millions of dollars in local taxes and, activists say, frequently eliminated jobs it was meant to create.

Since 1936, the State of Louisiana has provided a 100% property tax exemption on behalf of cities, parishes, and other local government bodies for capital investments by manufacturers to incentivize job creation. The Industrial Tax Exemption Program (ITEP) was intended to encourage manufacturers to expand their facilities or relocate to Louisiana and to put more citizens to work.

However, instead of creating lasting new employment, companies have been receiving tax breaks far beyond the exemptions’ original intent, says Lady Carlson, an organizer for Northern and Central Louisiana Interfaith, a group which has been working for two years to see increased accountability over the tax exemptions.

“Ninety-nine percent of the projects were rubber-stamped,” said Carlson.

In 2017, companies in Shreveport-Caddo were granted more than a $25 million dollars in tax abatements through the program, which amounts to 11% of property tax revenue in local government entities (divided among the City of Shreveport, Parish of Caddo, Caddo Parish School Board, and Caddo Parish Sheriff).

Now, an Executive Order from Gov. John Bel Edwards, signed in summer of 2016, requires companies seeking property tax exemption to receive approval from the local bodies impacted by those exemptions. So, this month, our four local entities – Caddo Parish, the City of Shreveport, the Caddo Parish School Board, and the Caddo Sheriff – are starting to vote on the multi-million dollar issue one application at a time.

The Problems with ITEP

“ITEP started as an agricultural exemption,” said Jeanie Donovan, Senior Policy Analyst of the Louisiana Budget Project, a nonpartisan nonprofit, “but, over the decades, grew to include a vast number of businesses and covered a vast number of projects.”

Donovan says the program is unique for a few reasons:

Because of the 2016 Executive Order, our four local government bodies (Parish, City, School Board, and Sheriff) can individually vote to allow or deny their potion of taxes to be given away under the program.

On February 6, 2018, at the Caddo Commission’s Economic Development Committee reviewed their first ITEP applications, from Calumet Shreveport and Inferno Manufacturing. After the Committee approves, their financial representative confers with Finance Directors from the three other local governing bodies, and then, finally, the full Commission votes on a proposal.

New to the process, some Commissioners clarified elementary aspects of the program, such as whether they could grant a partial exemption (they can) and whether the manufacturers’ applications already had been reviewed for compliance (they hadn’t).

If their applications are approved, the two companies will be exempt from paying a combined $809,000 in property taxes over the next eight years.  The Caddo Commission’s Economic Development Committee recommended a 100% exemption for their first applicant, Inferno Manufacturing.

Though pulling back on the program to regain lost revenue is appealing to cash-strapped local governments, localities are ultimately competing with neighboring cities and parishes to attract businesses. Because of this, they may be reluctant to change for fear of losing out on potential business development. But tax incentives in general have come under fire in recent years, being hailed by some as a race to the bottom, where governments will “give away the farm” to get a new company, even if it costs the taxpayers money in the long run.

Louisiana Economic Development has cautioned against taxation changes that could have a significant impact on perceptions of Louisiana as business-friendly environment.

“Not only should we be friendly to the huge corporations here, but we should be mindful of the small businesses that have started up, stayed and invested in Caddo Parish,” said Commissioner Mario Chavez, in support of the Inferno proposal at the meeting.

Yet, Carlson believes the years Louisiana spent favoring the bottom-line of businesses over the shared benefits of a stronger tax base have hurt too much for too long.

“We support tax exemptions that create new, permanent jobs,” Carlson said. “Right now we are deciding between writing a blank check to corporations and investing in our community’s education and infrastructure.”

What Should We Do Now?

Before any Council or Board reviews more applications, Interfaith says local bodies need to adopt a set of minimum criteria and a set of standards for the review process – a recommendation Heliopolis supports. Not only would setting standards protect the investment of public funds, it also creates predictability for businesses.

Key elements from the Interfaith recommendations include:

Additionally, to avoid a race-to-the-bottom, we recommend that all of the voting Caddo and Bossier Parish entities, which are each in control of their portion of the incentives, should collaborate on a set of common standards for the region.

“The local governments weighing in on ITEP does not need to be a contentious process,” says Jeanie Donovan of the Louisiana Budget Project. “[Local control] is intended to give the local community the option to determine what they are willing to invest in, and I think that is a worthwhile opportunity and a worthwhile discussion to have.”

The Caddo Parish School Board will review the same two applications to approve or deny their portion of a potential exemption, about $378,000 in potential revenue, on Tuesday, February 13th. 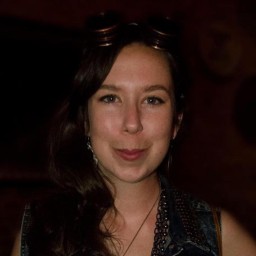