Editor’s Note: Heliopolis is continuing our coverage of this contentious city development issue because it is an important case against which we can measure our ability to uphold a vision for our community and see it through to practice, even with enormous pressure for the city council, which meets today, Monday, May21st and Tuesday, May 22nd at 3:00 pm (at 505 Travis Street) to do the “easy” thing and let the business owner’s current project status dictate the outcome. With that, we welcome guest writer and Pierremont resident, Rachael Hansil, so she can tell you in her own words why this is important to her and her husband Rich.

When I wanted to move home to Shreveport, my husband agreed… with one condition: we live in an area where we could easily walk to grocery stores, coffee shops, and restaurants. In Shreveport, this is a difficult ask, but we found that perfect neighborhood in Pierremont on Dillingham Ave. It was close to amenities, while still maintaining a neighborhood feel.

A few years ago, a local restaurant decided to buy the home next door to its property and then demolished it and put out gravel for a parking lot (Illegally, because the lot is still zoned residential). It was an eyesore, and as a neighborhood, we weren’t too happy about it, but we didn’t kick up a fuss. This past year, the same restaurant bought the next home down and demolished it. We’re told it’s for parking lot expansion, but the restaurant already has well over the required amount of parking spaces (under both the old and new codes). He also owns commercially zoned property on the other side of his restaurant along Line Ave that could be used, rather than knocking down family homes.

On a recent KTBS story, the restaurant’s lawyer described these homes as “dilapidated structures.” While they weren’t million dollar homes in a gated community, they were a far cry from dilapidated. Our neighborhood is varied. We have rented duplexes and $300k plus homes, and that’s okay. Who were they to say these homes weren’t worth living in?

At this point, we had had enough. Two of our neighborhood homes had been leveled, and the owner expressed interest in purchasing another home in the neighborhood. The zoning violations were reported, but in return, the restaurant petitioned to have the lots rezoned. They have the means to purchase and demolish homes with impunity, so what could we do?

It turns out we could appeal the rezoning to the MPC (Metropolitan Planning Commission), and we did just that. Many of us went to speak at the MPC meeting, to oppose the rezoning. We were told things like, “It’s going to be a really good looking parking lot,“ “It’ll lessen traffic on your street,” and “It’ll be safer,” but without any real data to back up those claims. We also learned that the MPC doesn’t have the authority to enforce stipulations on the build. When a board member asked the restaurant’s lawyer how he would enforce stipulations that the MPC can’t, he responded with, “I’m bigger than him.” I found that answer to be insulting. Both homes that back up to the proposed parking lots have young children. This is not a joke to us.

For us residents, the meeting was fruitless. The MPC voted unanimously to approve the rezoning of the lots to an Urban Corridor. It turns out, an Urban Corridor is not limited to a parking lot. According to the Shreveport UDC, ”the C-UC Urban Corridor Commercial Zoning District…offer flexibility to developers and property owners in creating a mix of commercial, office, and residential spaces”. Which means he, or whomever he may choose to sell the former homes to, can build whatever he wants. The case now moves on to the city council, and we’ll be there to plead our case.

We feel that keeping our neighborhood intact is more beneficial to the community than the expansion of one man’s empire. There is commercially zoned property –some of which Superior already owns – available for expansion, without encroaching into the neighborhood. We are nurses, veterans, retirees, small-business owners, moms, and dads who contribute to the tax base and who chose to live in this neighborhood. While many have chosen to move to the outskirts of the city and beyond, we have chosen to stay in the heart of the city and patronize the local businesses along the Line Ave area. We are people who want to keep Shreveport alive and put our money where our mouth is. One man should not be allowed to dictate the future of our neighborhood. 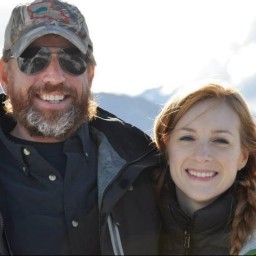 Rachael Hansil is a film & television industry professional who returned home after several years in Los Angeles. She lives in Shreveport with her husband Rich and their dog Wellie.