“Code of ordinances” — three words that can put you to sleep faster than Wamapoke County Public Radio or Mexican on a Sunday afternoon. Wading through city council resolutions… sounds like a recipe for success (sarcasm). And I’ve decided to write about it. I hope you’ve had your coffee today.

Yet these codes are the stuff that makes our city run. You would be surprised by how much of a difference they codes make. So as Señor Libre would say, “Let’s get down to the nitty gritty.”

Our visit to the code of ordinances involves parking, a frustrating yet valuable commodity in a dense area like downtown. Currently, it frequently involves a comprehensive search for that quarter you dropped on the floor a few weeks ago. So it’s good news that modernization of the city’s downtown parking is being discussed at City Hall.

It should be noted that an alternative to paying with coins does currently exist. A park card can be loaded in $20 increments and inserted into the meters; however the card can only be loaded by phone, mail, or in person.

Parking meter technology would be used in special parking zones. These zones would be marked by signs indicating where and how to pay. Additionally, using an app for parking may allow you to park beyond the standard two hour limit. However, beyond two hours, it would be charged at a rate of $1.50 an hour instead of the normal rate of $0.50 cents an hour.

One downside: you know those random parking spots without meters that are like finding a rye chip in Chex Mix? If an app is developed, these spaces would require a payment in an app (parking meter technology) in order to use.

It was at this point that my knowledge on the subject ended and speculation began. Are there plans in the works for an electronic system? We know parking apps have been courted by ShrevePark. If one is selected, when would these changes go into effect? How long would it take? And more importantly, how would this affect downtown?

A phone call to Liz Swaine, head of the Downtown Development Authority, did the trick. In turn, I also received a history lesson on Shreveport’s complicated relationship with downtown parking. And I’m going to share it.

What’s that you say? History makes you drowsy too?

Too bad, it’s my article.

Until the mid-1990s, parking in downtown was free. While that may sound good to your ears, it created quite the problem. It was the Tragedy of the Commons: employees who worked downtown would arrive early enough to snag a spot and take up all the parking. First-floor shops and restaurants hurt badly as their customers had nowhere to park. It didn’t help that – true story – Shreveporters are only willing to walk one-and-a-half blocks from where they park. So in order to increase parking turnover, the city began a professional services agreement with the DDA to manage parking.

The 1995 solution worked well for the city, improving street level businesses and providing a small revenue source for the city. However, 20 years later, it’s time for change. Or less change. The mechanical meters are hard to fix, requiring antiquated parts and expensive fixes to the point where it’s often more beneficial to just trash broken meters rather than fix them.

The DDA has prioritized the modernization of on-street parking, corresponding with public opinion, and have progressed far enough to consider implementation. In order to move forward, they were able to contact Jeff Everson, whose City Council district includes downtown. A city attorney was hired to rewrite the specific code in order to allow for parking meter technology. The resolution passed, so here we are, one step closer to a better Shreveport.

A testing period will begin by this spring on the 500, 600, and 700 blocks of Texas Street. These blocks are between the courthouse and the Methodist church — an area of growth in downtown which will be home to Rhino Coffee, Parish Taceaux, Seasons Salon and Events, Explore Yoga, and the existing Robinson Film Center, Artspace, Southern University, Crystal Stairs, 4j’s, and Joseph Guin Salon. The DDA is currently down to choosing between two companies, and would choose one after the testing period. The app/website would store your credit card and car information, and display the time remaining on the meter.

The original code of ordinances can be found here: Chapter 90, Article VII, Division 4.

And the minutes from the meeting can be found here: page 11. 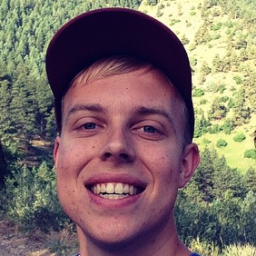