Devi’s Acid, the directorial debut for Shreveport native Garrett Kruithof, will screen January 23, 2018 at 7:30 p.m. with a Q&A filmmaker panel to follow. Kruithof has worked on several regional projects including the Louisiana Film Prize Top 20 finalist Shakespeare on the Range which earned him a nomination for best acting. He co-wrote Acid with Shreveport’s Eric Gibson who served as producer with local Jonathan Kudabeck. The movie was filmed primarily in Keithville, Louisiana with a few locations in Shreveport.

Devil’s Acid is billed as a “classic B-movie style comes a horror flick comedy with a psychedelic plot” where five people are drawn into a weekend stay at a haunted school and coerced into taking hallucinogenic drug which summons the devil himself.

“The filmmaking process was great thanks to our dedicated cast and crew,” said Kruithof. “It’s excellent that Shreveport has a local venue like the Robinson for filmmakers to showcase their feature films.”

The RFC’s Filmmaker Spotlight continues January 31, 2018 at 6:00 p.m. with Blood Country, written and directed by Travis Mills, another Louisiana Film Prize Top 20 filmmaker. His 2017 Film Prize short, Her Calling, will screen prior to the Blood Country premiere, also with a Filmmaker Q&A panel to follow.

Her Calling was filmed in Louisiana with Mills serving as director. The screenplay was written by Heather Fursari who has a supporting role in the film. Blood Country was filmed in Mississippi.

“We work in the south. I try to tell local stories in my movies,” said Mills.

Blood Country is a suspense film which tells the tale of a family seeking truth and justice for their brother’s murder. It is based on true events and adapted from the short story “The Outlaw, the Sheriff, and the Governor” from the book Mississippi Gumbo by Robert E. Jones.

Watch the trailers for Devil’s Acid and Blood Country below: 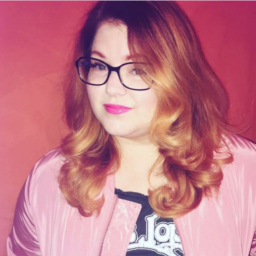