Disclaimer: Jaya was the emcee at the premiere of Cut to the Chase in August which Chris Lyon, editor of Heliopolis produced. She and Jacob McSharma also worked on Unemployed and participated in a project for the Louisiana Film Prize.

Say it with me:

We may have had an influx of Hollywood that’s seemed to dissipate, but Shreveport’s grown some serious creative roots that show no signs of slowing down.

The Louisiana Film Prize had its 500th entry come through, with 125 of those submitted this year in hopes of making the Top 20 (or 21, as was announced for 2016). Each of those films were required to shoot in Northwest Louisiana, and many used local crew and local actors. Filmmakers came from all over the continental U.S. just to shoot in #Shollywood (and for the largest cash prize given out annually for short film, anywhere)! The festival is September 29-October 1st.

Echoing that love letter to Shreveport was the recent world-premiere of Cut to the Chase. The red-carpet event was held at The Strand and featured a movie written, produced, and directed by Bossier City native Blayne Weaver. (Heliopolis’ own Chris Lyon and now L.A.-based Mindy Bledsoe also produced the film.) The premiere was a huge success, and the movie featured several local crew and actors as well as music from Shreveport’s own porch music-rocking Engine (which have since reformed as The Wall Chargers). The movie is being featured in film festivals around the country, and winning awards.

And LEST WE FORGET – Moonbot studios has grown so much, they’ve found a new home! Recently approved by the MPC to move to Highland, their creative forces will be able to – literally and figuratively – stretch out – figuratively and literally – and produce continued quality pieces like the timely animated short film, The Boy Who Learned To Fly. As of September 4th, the video about storied Olympian Usain Bolt has over 12.7 million views and climbing! The studio also regularly holds hands with the community, not only by relocating to one of its most beloved districts, but by collaborating with area nonprofits and schools to “inspire kids to follow creative career paths,” per marketing director Sara Hebert. “We also will visit places or Skype in when the production schedule allows!

Millennium Studios also got some love this summer when comedy series entrepreneurs the Lovely Schmucks rented it out for the second season of Unemployed: the Web Series. After making the Hollyweb film festival circuit with season 1, creators Josh & Melissa Munds, along with Johnny Walker (yes, that’s his real name) hope to build on that success with their new season: “We hope to lose with grace… again this year,” quips Josh, who also pens most of the series’ scripted lines. “I am so stoked about season 2,” continues the comedy duo’s more optimistic half, “and can’t wait for everyone to see it. I have a really good feeling about this season!”

Salem is still going witchcraftily strong, having wrapped up shooting Season 3 earlier thvis year with cameos from the oft-spotted-downtown Marilyn Manson. (I hear that crazy brown girl that writes for Heliopolis bum rushed him and the other actors for a picture at Superior Grill, but this has yet to be confirmed.) Some of the hair & makeup artists as well as crew that relocated here for Salem have ended up moving here permanently and/or getting involved with short films for the Louisiana Film Prize, turning this little indie community into a rapidly expanding yet intimately connected group of film-producing machines.

Adrienne Connelly, a transplant from Baton Rouge, decided to make Shreveport her home base after getting a job at a local salon: “I had no idea where I’d end up wanting to live after Salem finished filming,” she notes, “but it was awesome because Salem connected me with Chemistry [hair salon] and so many people who are passionate about short films. It’s so fun taking a break from the regularity of my schedule in the salon world and [still] getting to express my creativity through another outlet.”

And a little birdie told me that yet another feature film will be shot here in the fall featuring Amy Smart using several Shreveport locations – but you didn’t hear it from me!

Film is good for vendors, for artists, for community, and for the continued vision that is #Dreamport. Changes to tax credit incentives may have temporarily lost some Hollywood bigwigs and powerhouses, but repeat after me: FILM’S NOT DEAD! There is a steady stream of purposeful, determined projects full of ingenuity and ORIGINALITY being produced, and it’s happening right here! With continued support and involvement from our own very talented community, the sky’s the limit, people. GET EXCITED! (Or even better – get involved!) 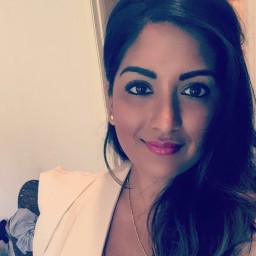