Shreveport is a city with diverse demographics on paper, but strident psychological and geographical divisions in 3D. People find comfort in similarities and organize themselves into tribes of humans with whom they identify. On the surface, a lot of these similarities are physically and visibly apparent. As humans, our natural inclination is not to position ourselves within groups with different socioeconomic, religious, or philosophical backgrounds because we feel the safest around people who we deem to be like us. So we rarely have the opportunity to grow through the discomfort of having our ideas challenged by a differing viewpoint. We want to hunker down in our comfy bedroom communities with confidence that we are safe and secure from all threats which lie far away from our porches and culs-de-sac.

So there you are relaxing, maybe prepping for Bunko or adding a date night at community theatre to your calendar, in your cozy idyllic neighborhood, which has lately become less idyllic because of car break-ins and burglaries, and you see a group young men on bikes who don’t look like any of your neighbors’ kids, and they aren’t clad in the wholesome white and black shirt and tie combo of young missionaries from some far off place, so you think to yourself, “who the hell are these kids and what are they doing on my street?” There’s only one thing to do, ALERT SOCIAL MEDIA!

Suspicious activity: young men are riding down the street on bicycles. I bet these are those burglars who broke into my neighbor’s unlocked car last week!

Slow down there. Let’s utilize those breathing techniques we learned in Yoga Nidra last week. Maybe these kids are the very miscreants seen on the security camera, testing the doors of every car on the street. Audacious little scamps who wrapped t-shirts around their hands to avoid leaving fingerprints on the cars. If they are, anger and frustration might be a valid response. Demand justice by all means. But, may I ask, is social media the best conduit for demanding justice?

Did you consider calling the non-emergency police department number or your community liaison? Did you notice anything beyond immutable characteristics of these kids? What were they wearing, what sort of bikes were they on? Did you memorize their physical features (height, weight, clothing description, hair length)? Are you being the best neighborhood watch member you can be?

You’re a great citizen, you read the paper, donate to good causes, and you make the best snickerdoodles in the zip code. Did you consider that these kids, who are not missionaries may be your new neighbors’ friends from one neighborhood over, and they were just riding bikes back home after playing some basketball or, more likely, video games at young Samuel’s house? (That Samuel he’s such a nice boy, but his mom will never get
your snickerdoodle recipe, no way).

Doesn’t this bit of intel make you feel a little bad about not being more hospitable? That helpful message to the neighborhood social media page could cause unnecessary rifts between neighbors with whom you’ve yet to establish a relationship. Or worse you may inadvertently arouse a frustrated neighbor who is too close to the edge and has lost all patience. Can we afford as a community for that frustrated neighborhood to take to their vehicle and cross from vigilance to vigilante?

Don’t take this the wrong way. The last thing you need to feel is attacked, admonished, or shamed. We can all learn from one another. Right now I’m confident that if we knew each other better I’d learn that you have more to offer the world than a cookie recipe and you’d learn that we share a love of historical buildings and structures with architectural character. We could attend art openings together and discuss the cultural merit of all parts of our city and why it’s important to celebrate that. Through those conversations, I bet we can figure out a way to coexist that doesn’t involve erecting iron gates to keep you on one side of the block and me on the other. Because I’m certain that no one as passionate about our neighborhood as you are would want to create boundaries like
that. 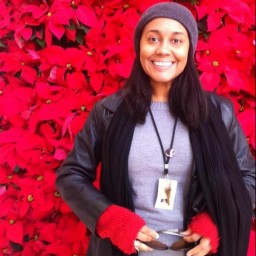