With Shreveport’s 2018 municipal elections growing closer by the day, young professional #dreamport residents will no doubt explore the possibility of running for public office. But as we’ve already seen in a Shreveport Times editorial from a former Shreveport City Council member, they won’t be greeted with encouragement or confidence from the city’s older, ruling class. This is nothing new, and in Georgia, this youth vs. experience debate is playing out on a million dollar scale.

If not now, when? This is the question all millennials face as they contemplate running for office in 2017 and beyond. But as 30-year-old (millennial) congressional candidate Jon Ossoff just learned, the old guard thinks the answer is never.

Any democrat faced an uphill challenge in Georgia’s 6th congressional district. Previously held by President Trump’s pick for Department of Health and Human Services Secretary Congressman Tom Price, the seat hasn’t been held by a democrat since 1970, and Price himself carried the district by 23 points in 2016.

Though there were reasons for Ossoff to be optimistic; Donald Trump won the district by a lone percentage point over Hillary Clinton in November, and in the April primary Ossoff received 48.1% of the vote to his run-off opponent Karen Handel’s 19.8%. Democratic candidates combined to receive about 49 percent of the total vote, while Republican candidates combined to receive about 51 percent of the total vote. Nate Silver of fivethirtyeight.com found that in 21 other congressional races in which a candidate won the plurality in the first round but her party lost the aggregate party vote, the candidate nevertheless won the runoff 11 times. This all suggests that Georgia’s 6th is among a handful of suburban GOP strongholds that appear to be slipping away as demographic trends shift in America, and a million dollar superPAC ad buy demonstrates that they know it.

Before the April primary, the Congressional Leadership Fund, a Republican superPAC, dropped a stinging attack ad against Ossoff titled “Not Ready.” The ad features footage of Ossoff as Han Solo in a college alcohol policy video. “I’m Han Solo. Captain of the Millennium Falcon. She’s the baby that ran 4 kegs past DOPS in under 3 parsecs,” the future Emmy winner says. In another, he is singing an unflattering, but satirical, adaptation of Uptown Girl with Georgetown’s acapella group The Georgetown Chimes. For good measure, The Congressional Leadership Fund even throws in stock film of college kids playing drinking games. It’s the traditionally effective hatchet job for which one might pay a media consultant five figures. We can only hope that our upcoming municipal elections will be devoid of ageist tactics like these:

Older generations disparaging the young is nothing new. The Greatest Generation held deep disdain for their own Boomer children in the 60s and 70s as anti-war sentiment and the sexual revolution gripped the nation’s youth. President Kennedy, at the time our youngest president, was called “baby face” despite seeing combat in the South Pacific. Today, millennials are deemed “the participation trophy generation” despite living in one of the most non-inclusive workforces in American history. Our elders often consider us too coddled and emotionally fragile to handle the responsibility and rigors of leadership. And as Ossoff can attest to, they think we prefer the keg party to the political party.

In this age of social media, millennials give our detractors a bonanza of material to use against us. Our Facebook profiles are time-capsules of our youthful exuberance. Many of us were using these platforms before there were even best-practices to adhere to (god forbid anyone dredge up my MySpace). An image says a thousand words, and to a boomer, a college costume party picture or silly meme says two in particular: Not ready.

Now, Ossoff is a smart guy. His five years as a national security aide on Capitol Hill give him five years more foreign policy experience than POTUS 45. Ossoff’s social media channels were scrubbed of late night drunken photos and controversial tweets before running, but even these weak-sauce superPAC hits will stick with a certain audience. But that audience is shrinking every day, and another one is on the rise. Millennials already represent the largest demographic in America, and our voter participation rate has been rising steadily since 2008. And as early special elections in Delaware and Connecticut demonstrate, millennials are waking up to the realization that it is our future to future-proof.

If authenticity is the panacea-du jour in politics, millennials like Ossoff should embrace our greatest asset—youth. This is the one thing older generations cannot take away from us, and one thing Newt Gingrich wishes he still had. If 47-year-old Paul Ryan can get credit for p90x and marathons, so can you. But don’t just show it, live it.

Walk every street in your district and knock on every door you can. When was the last time they hit the pavement that hard, or felt like they needed to? When they attack you with college photos, drink a beer with your constituents at the Mudbug Madness or any of SBC’s many festivals. When they say you are too young and inexperienced, remind them that you are not running for plaudits, fame, or fortune, but because our future and our children’s future depends on fixing their mistakes. The writer of the Times op-ed above is commendable for offering our up and coming generations a seat at the adult table, but maybe it’s time for Shreveport’s youth to flip it over and build our own. Spend your time appealing to and representing a growing electorate of your peers, not trying to impress those who are telling you to get off their political lawn. People will notice.

Lastly, live your life, be proud of the life you’re living, and don’t be afraid to share it on social media. If you want an example of what not to do, follow @theRealDonaldTrump.

So I say this: Lean in, Shreveport millennials. The time is now. 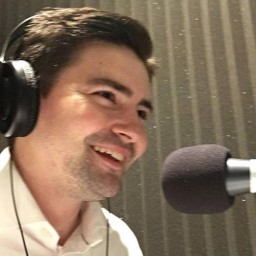 Jesse is a professional fundraiser and political consultant from Shreveport, LA, where he serves as Co-Director of New Leaders Council Louisiana. You can follow him on twitter @Jesse_Gilmore.