I was playing Call of Duty the other day and some guy kept telling me I was gay. The thing is, I’m not gay. It really bothers me that there is somewhere out there who thinks I’m gay when I’m not. What should I do?

Don’t let it bother you. People often think I’m something I’m not. For instance, some of our readers actually think I’m qualified to have an advice column. I’m not. I have no credentials to warrant anyone seeking my counsel. And yet, here I am, giving advice. You can’t let it get to you. Are you listening, Francis? Because I’m about to fuck you up with the truth. Chances are, this won’t be the last time something like this happens to you. If you’re this upset over a virtual stranger throwing out a false accusation, you’re going to have some trouble in life. And why is it such a big deal he thinks that you’re gay? Sometimes you’ve got to get Indina Menzel on that shit and let it go.

No need to get so worked up. Maybe you could try yoga. You know, something to to level you out. To quote Stripes, “Lighten up, Francis.”

Not sure how I managed to reference both Indina Menzel and Stripes but I’ll go with it.

Recently a neighbor found out that I have two cats, and they notified me that they were not supposed to be “free roaming” in our neighborhood. That they were “wreaking havoc” on “her” blue jays. Not knowing how to respond I just said, “OK.” She notified me that the neighbors in the area might call animal control on my cats so I should keep them indoors from now on. I looked up the leash laws and found no such thing as a leash law for cats. Now I feel conflicted because I want to be nice to my neighbor but I don’t want to keep my cats indoors as I feel it’s cruel. What should I do?

First of all, I’m not sure what you mean when you say the neighbor “found out” you had two cats. Had you been hiding them somewhere, or something? Were they sporting some sort of disguise? Who tipped her off? Seems like she would’ve known from the get-go.

But let me get this straight. Your neighbor informed you there was no “free roaming” in your neighborhood, meaning your two cats are required to wear leashes if outside. She also said the cats were wreaking havoc on “her” blue jays, insinuating the birds somehow belonged to her. Huh.

(Side note: the birds do not belong to her. Let’s just go ahead and make that clear. If that were the case, I’d technically own a few dozen squirrels and enough birds to make Hitchcock blush.)

Anyway, you looked up the validity of her leash law claim and found it to be false. I realize you want to be nice to your neighbor, Tyler – that’s sweet. It really is. But she’s straight up lying to you. And despite her army of blue jays, she can’t stop you from letting your cats roam free. So let ‘em loose. If you owned, say, a pair of crocodiles, I might feel differently on the issue. But they’re just cats. She’s blowing things out of proportion. If she continues to bring up the so-called leash law, give her a taste of her own medicine. Lie. Tell her the leash law also applies to birds, so she’d better get outside and start wrangling those blue jays. Hope they don’t mind being tethered to a tree.

I hope this helps, Tyler. You aren’t in the wrong here; she is. Let those cats loose. (But if they don’t come back, don’t blame me – I can only control so much.)

I want to be an actress more than anything but my family thinks I need to do something more practical. I was a theater major in college and never considered doing anything else. However I am not making any money with acting and I am scared if I don’t find a different career I will be stuck in the same spot five years from now. My dad thinks I should at least get a job to have as a back-up plan in case acting doesn’t work out. He says it is a fair compromise. What do you think? Should I try something else?

If acting is truly your passion, go for it. I understand your family’s concern, but keep in mind they only want what’s best for you. Parents worry; it’s what they do. And in your case, it’s warranted.

Being an actor is brutal – there’s a reason for the term ‘struggling actor,’ after all. It’s insanely competitive, you face rejection on a daily basis, and in most cases struggle to make ends meet. (Fun fact: Facing rejection and struggling to make ends meet is also what I call ‘Tuesday.’)

With that being said, if this is something you really love to do, it shouldn’t matter how challenging it is. At least give it a shot. If you don’t try, you’ll regret it. Trust me.

So don’t listen to the naysayers. Screw ‘em. There are more practical careers, sure, but what the hell does that matter? As Bob Dylan once said, “What’s money? A man is a success if he gets up in the morning and goes to bed at night and in between does what he wants to do.”

Best of luck, and don’t give up,

I’ve been cheating on my girlfriend for over a year now and even though I know I should tell her I cannot find the right way to break it to her. How should I go about doing this? Thx.

Poor you. It must be hard, finding the words to tell your girlfriend you’ve been cheating on her. Are you okay?

Don’t worry; I’m here to help. Why don’t you try something like this:

“I’m a selfish asshole and only think about myself, which is why I’ve been cheating on you for over a year. I’m also a coward, and I’ve been afraid to say anything before now. The good news is, you can finally get rid of me and find a person with some class.” 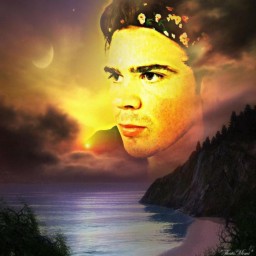 Kemerton is a laser-gun enthusiast and holds various degrees from various schools in various parts of the world. His favorite word is various. He accepts both cash and check.