A bearded bear of a fellow whose heart was broken many times in his travels (check the songs he performed at the historical Broadway Theatre), musician and songwriter David Egan was born and raised in Shreveport. Yet, the pianist-vocalist-tunesmith was based in Lafayette, La, the last half of his life.

The David Egan tribute show on Sunday, March 26, at Paradise Theater, Margaritaville Casino, Bossier City, features a cornucopia of talent from South Louisiana. Egan died of lung cancer a year ago at age 61.

Egan was known in Europe and in Colorado as well as Los Angeles and Nashville, partly because of his success as a songwriter. His tunes were recorded by Joe Cocker, Solomon Burke, John Mayall, Percy Sledge, Irma Thomas, Marcia Ball, and others.

His renown away from Shreveport was also due to his long affiliation with the Cajun band File’ and the swamp pop group called Lil Band of Gold. Both groups were known from Montreal to Paris to New Orleans.

His tenure with Shreveport’s r ‘n b band, A-Train, brought him regional fame in the 1980’s. A-Train packed dance halls, concerts and bars from Memphis to New Orleans and in Shreve Square (today the Red River District) taverns like Humpfree’s. Dancers filled the floor as the Flett brothers, Bruce (bass, vocals) and Buddy (guitar, vocals), Egan (organ, piano, vocals) and their podnahs threw down accessible original music during the great oil boom.

From Shreveport, Egan reached out to embrace the entire Bayou State. To listen to Egan is to hear Professor Longhair, to hear the Neville Bros, to feel the sanctified fingers of gospel music of churches sited beneath live oaks hung with Spanish moss.

Of the tribute concert, “The process of picking the songs has been going on for months,” said producer Todd Mouton. “The short list is in the neighborhood of 60 songs. There’ll be two sets of music and tons of great songs.”

Consider buying 3 lauded CD’s: Twenty Years of Trouble (2003), You Don’t Know Your Mind (2008) and David Egan (2013). “They are as good as anything Louisiana has produced in the last 20 years. Seriously,” wrote Walter Pierce of the Independent.

Bringing soul to a Louisiana crawfish boil is partly knowing when to slip in the David Egan tracks.

Tickets to the concert are $20 online. 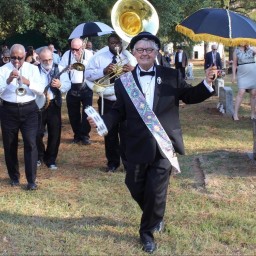