Editor’s Introduction: One week ago today, a group of protestors gathered outside the Caddo Parish Courthouse waving the flags of the Confederacy just days before the last of four public meetings which would address the potential fate of the monument. This issue has come up with increasing frequency over the last few years as other cities face similar decisions.

At the last meeting, as with the three before it, many people spoke with passion on the topic at hand, but one speaker – with an interesting perspective into the symbolism carved into the monument itself – caught our ear. The words of his speech are reproduced here as they were intended to be spoken in person at the meeting.

My name is Myles Roberts. I was born and raised in Shreveport and educated in Caddo Parish schools. I want to thank the Commission for these hearings. I’ve attended each of the four, but I’ve waited to talk until now, because I think it’s more important for someone like me to listen than to talk, and I thought it would be best for me to wait to speak in my own area. (I walked here tonight.)

By now we all know that the monument has busts of [Confederate] Generals Allen, Lee, Beauregard, and Jackson at its four corners, as well as a statue of an unnamed soldier at the top. But the figure who interests me most is Clio, the mythological daughter of the Zeus. Clio is Greek mythology’s muse of history, and she is the centerpiece of the monument. It is appropriate that she is facing inward, her back turned on reality, focusing on her version of history, a history acceptable to the descendants of the Europeans who first worshiped her. When Clio was placed on the monument, she held in her left hand a scroll labeled “HISTORY.” The scroll has since been broken away. And rightly so. Clio does not have history in her hand. God does. There is only one who has been found “worthy to take the scroll and to break its seals.” And he was lynched, too.

The monument needs to go. Like General Lee and the rest, Clio has already been defeated. But unlike them, she just doesn’t know when to give up.

Members of the public not able to attend the public meetings, but wishing to express themselves may do so by emailing comments to caddolrpcac@gmail.com or mailing to P.O. Box 52104, Shreveport, LA 71135. Be sure to include your district of residence and address in your email or letter. Find your district here. 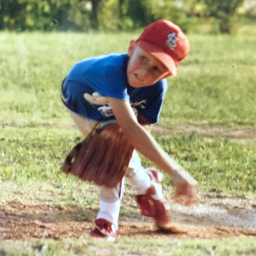